TEXT US
REQUEST A FREE PICK UP

Menu
TEXT US
REQUEST A FREE PICK UP

How to Deal with Harmful Effects of Laundry Detergents?

There are many chemicals in commercial laundry products that harm humans, animals, and the environment. If you want to improve the health of your family and your home, avoiding dangerous chemicals in laundry detergent is a must.

Let’s have a look at how to deal with the harmful effects of laundry detergents in detail.

What is Laundry Detergent?

Laundry detergent or washing powder is one kind of detergent that is a solution of chemicals, including benzene sulfonic acids, typically diluted with water and works like soap but does not react with hard water, as soap does.

Detergents are most commonly referred to as laundry detergent versus hand soap or other forms of cleaning agents in the home. Most detergents come in powder and liquid form. You can also make it at home.

Chemicals that Cause Harmful Effects of Laundry Detergents

Many chemicals are used in laundry detergent that makes our laundry clean as well as harmful for us. What are those? Let’s have a look!

Dioxane is one of those chemicals which cause harmful effects on laundry detergents. In detergents and shampoos, 1,4-dioxane is the primary ingredient that causes cancer in humans. It would help if you kept this laundry additive as far from your family and home as possible.

There is a possibility that its liquid and fumes could spontaneously combust; it is carcinogenic; and it causes inflammation of the skin, eyes, and lungs. Use of this product should only be accompanied by protective equipment such as respirators.

Sodium hypochlorite or optical brighteners are often seen on detergent labels. The purpose of Bleach in detergents is to convert visible light into UV light to make clothes appear whiter. Bleach can cause allergic reactions when it comes in contact with the skin. In addition to causing eye and lung irritation, it is also toxic to marine creatures.

In detergents, phosphorus reduces calcium and magnesium action, making water less complicated and therefore more effective. The most common phosphate in detergents is sodium tripolyphosphate. Because of their harmful impact on water bodies, phosphates are banned by several states in the US and Europe.

When phosphorus builds up in lakes and rivers, it causes algal blooms that deprive marine organisms of oxygen, resulting in their deaths. It is eco-friendly to use a laundry detergent that doesn’t contain phosphates and harms natural ecosystems.

Alkylbenzene sulphonates (ABS) and linear alkyl benzene sulphonates (LAS) are the most commonly used benzene-based surfactants in laundry detergents. It lowers the surface tension between the liquid and stained clothing, suspends the dirt particles in water, and makes it easier to dissolve and wash them away.

As a result of household products like detergents, paint, and polish, indoor air has high levels of benzene. The chemical is irritating to the skin, nose, eyes, and aquatic life.

In detergents, soaps, and shampoos, SLS is used to create foam. Petroleum, coconut oil, and palm oil are among the sources of SLS. It allows water and oil to emulsify and be easily lifted off dirty clothes by allowing them to emulsify.

A common reason for the widespread use of SLS is that it is inexpensive and effective. Several skin disorders, including eczema, rosacea, and psoriasis, are associated with SLS irritations. Those people who have allergy-prone skin must be avoided to use it.

There are about 4,000 chemicals in laundry detergents, and many of them are petroleum derivatives. These volatile organic compounds (VOCs) emit toxic compounds into the atmosphere, such as terpenes, which pollute the air indoors as they evaporate.

In addition to irritating the respiratory system, harsh artificial fragrances can cause problems such as asthma. If you want to avoid fragrances, choose a mild-smelling detergent.

The manufacturer recommends against using this laundry additive indoors because it’s so toxic. Ammonium sulfate uses include impervious gloves, eye, and lung protection, and it is a category three oral, skin, and respiratory toxin. And it is harmful to our laundry detergent, so you should avoid using this type of detergent with ammonium sulfate.

Here are some necessary precautions that you must follow if you want to deal with the harmful effects of laundry detergents. Check them out!

It would help if you never store your clothes with mothballs. Use cedar products instead as they do not contain naphthalene or paradichlorobenzene, linked to cancer. It is advisable to open containers you have stored clothing in mothballs outside and to let the clothes air out thoroughly before you wear them.

If dry cleaning is necessary, use a service without perchloroethylene (PCE) or request “wet cleaning.” Several are numerous cancers associated with PCE. In the early 1990s, wet cleaning became a nontoxic, greener alternative to dry cleaning, as did non-PCE options like liquid carbon dioxide.

When using PCE, open the non-electronic dry cleaning bag outdoors on your porch or in your garage, discard it immediately, and air your clothes out before hanging them in a closet.

Less Use of Bleach

Avoid using chlorine bleach or fluorescent Bleach. In the kitchen sink, washing machine, or dishwasher, chlorinated water may release chloroform, which is thought to be carcinogenic.

The structure of many optical brighteners is similar to diethylstilbestrol, a powerful estrogenic compound.

You can whiten clothes naturally by rinsing them in lemon juice and letting them dry in direct sunlight. In addition to sunlight, use diluted bleach solutions only as a last resort to get rid of mold and mildew.

You can use homemade laundry soap to clean your laundry. During the soap-making process, baking soda or washing soda is added to make this lye soap. As a result, the added soda softens hard water and increases the strength of the soap, making it comparable to or even more robust than detergents for effective cleaning.

Here are some additional tips for dealing with the harmful effects of laundry detergents.

So you can quickly deal with the harmful effects of laundry detergents by applying the tips mentioned above. Sometimes your laundry may smell dirty, and you even don’t know what’s the reason behind it. In this situation, your washed clothes may have dangerous chemicals to affect your health.

Thus, it would help if you always wash your laundry machine properly with white vinegar. And avoid choosing detergents that have many chemicals. You should use homemade laundry detergent to clean your laundry.

Let Us Take Care Of Your Laundry!

3- Easy Steps To Be Laundry-Free 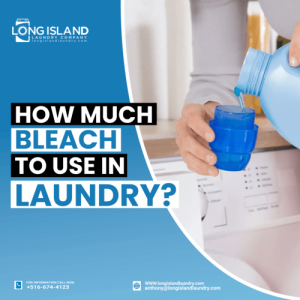 How Much Bleach To Use In Laundry? [Tips & FAQs]

How Much Bleach To Use In A Load Of Laundry? Laundry bleach aids detergents in removing soil and stains from clothes. Through an oxidation process, 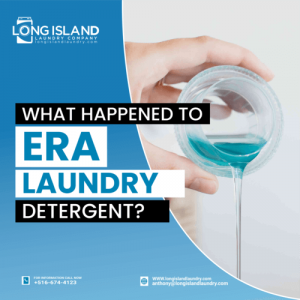 What Is Happening With Era Laundry Detergent? [Benefits & FAQs]

What Is Happening With Era Laundry Detergent? The Era laundry detergent brand, although declining in popularity, is still available online and at selective retail stores. 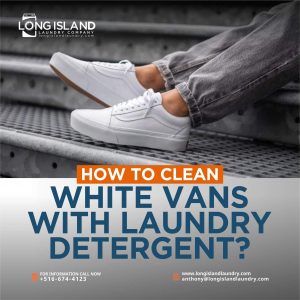 How to Clean White Vans With Laundry Detergent?

How to Clean White Vans With Laundry Detergent? It can be easy to round out a casual weekend outfit with a pair of white vans, 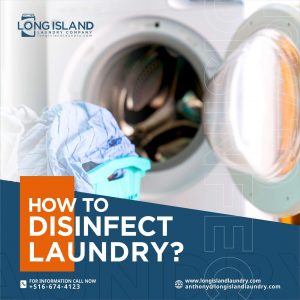 How to Disinfect Laundry? 3 Effective Methods

How To Disinfect Your Laundry With Or Without Bleach? It is essential to disinfect laundry to keep it fresh and clean so the entire household 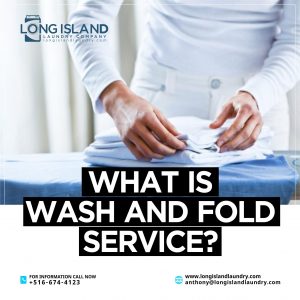 What Is Wash & Fold Service? 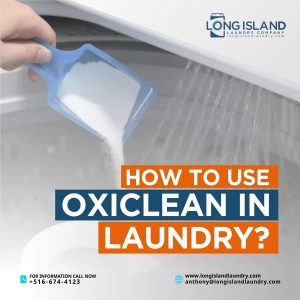 How to Use OxiClean in Laundry? (All You Need to Know)

What Are the Uses of OxiClean? [Inside & Outside the Laundry] Are most people curious about how to use OxiClean in the laundry? Because dirt